I can't do it - I can't throw, give or donate everything away. These are the ones that were 'saved'. 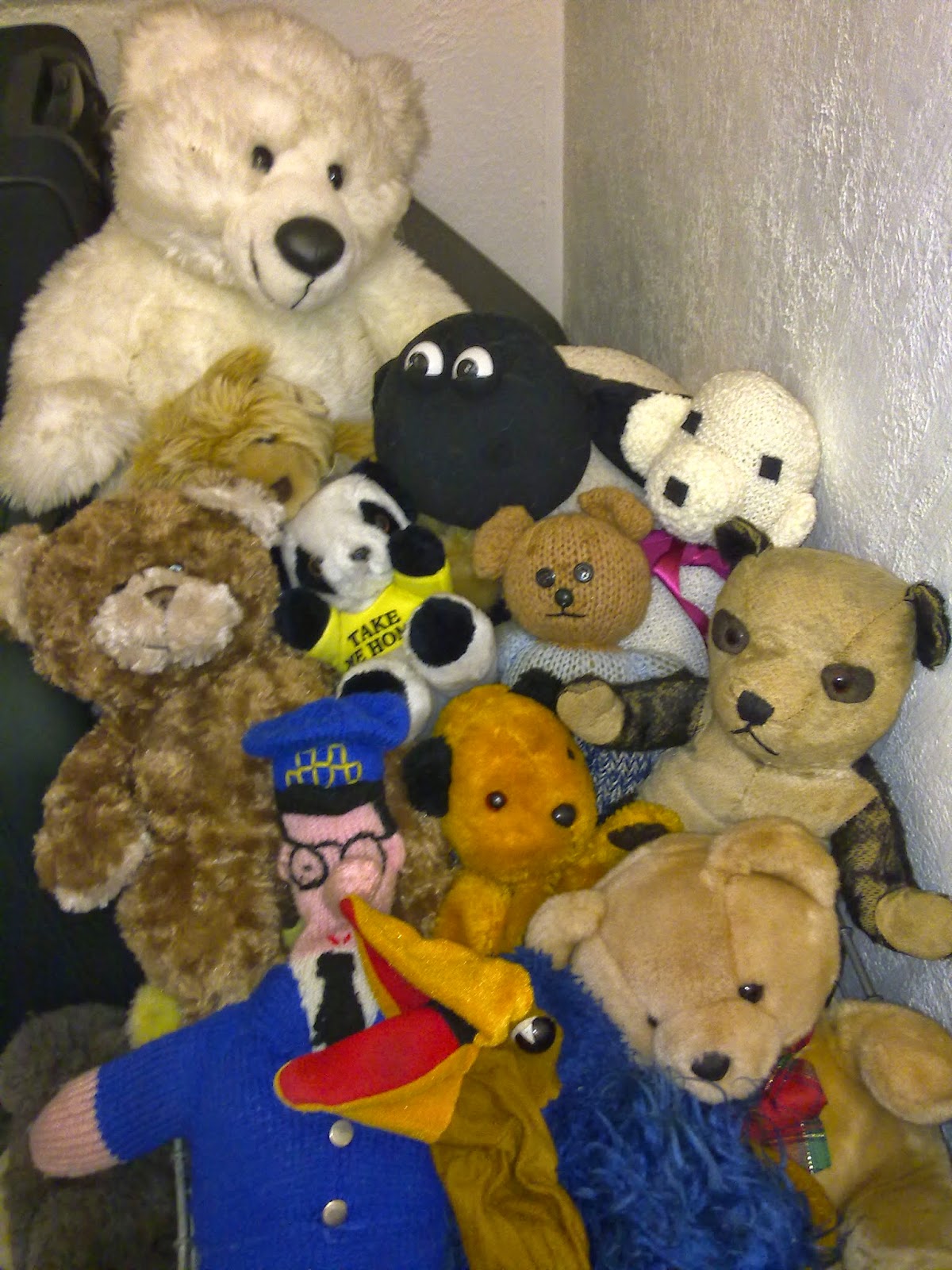 Panda's getting rather old and sad now. He's been with me since I was 3. The others are DD's or DS's and bring back all sorts of happy memories. There are 2 Gordon the Gophers in there somewhere and Emu has inspired 2 other Emu fancy dress costumes. Postman Pat was knitted by a colleague who also knitted his cat and his van! The van is long gone. Puppets feature strongly as they were very popular - Sooty, Sweep plus others. There are some cuddly cats in there, of course and plenty of teddies. Shaun the Sheep sat on a bed for quite a long time if I remember rightly. There's a bag of him somewhere in a wardrobe - everyone seemed to walk around with one on their backs. The little panda had to be bought from the CS. His jacket says 'Take me Home' so I did. Rodney the knitted bear was from the needles of  the same colleague who produced Postman Pat. He was a favourite from day 1.

Oh well, I'll just have to de-clutter somewhere else now.