which was a National Trust area around the Formby coastline. We went to see the Red Squirrels which live in the trees there and the first we saw was at the entrance where we paid (an awful lot) to go in and park. Beautiful little animals but no photo as I didn't have my camera out. Never mind. Once parked we took a walk around the Squirrel Wood to search for more. Did we see any more squirrels - not one.

Not to worry. We went on the Asparagus Trail next to view the asparagus fields where the asparagus is planted in the sand. We had a little bit more luck here and espied the one field. The picking season looks like it's over and the spears are being left to grow into ferns. 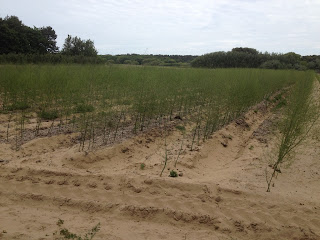 Various sculptures were dotted around the place. 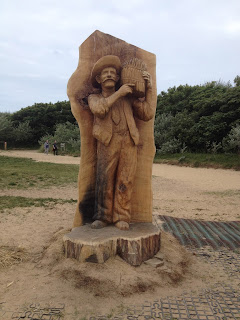 These are rather large spears! 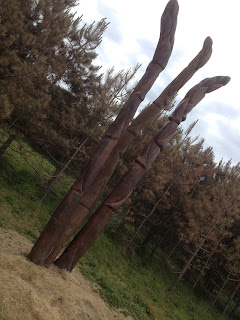 Heading back to the car we walked around the Squirrel Wood again and managed to spot the other, sorry, another red squirrel in the distance! Not many people walking around had spotted squirrels. Apparently there was a serious outbreak of squirrel pox in 2008 and the population is only just recovering. 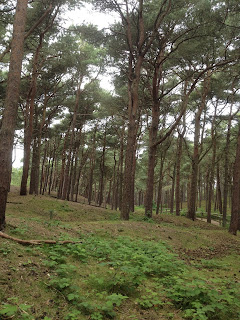 Don't look too closely, There is a squirrel up there but I can't find it, 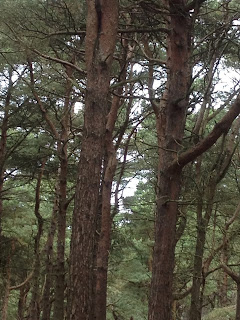 no matter how hard I look. It was there, really! Elusive little dears. 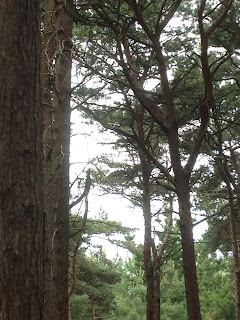 Next stop on our day out was to Crosby to view Another Place with Anthony Gormley's figures on the coastline. Just our luck - the tide was in and we couldn't see that many. A very expensive ice-cream later and the tide went out enough to go and view a little closer. Each of the figures seem to be exactly the same. 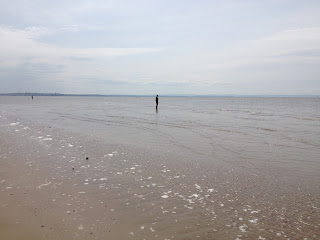 Someone had felt sorry for this poor man and dressed him up in a jumper. 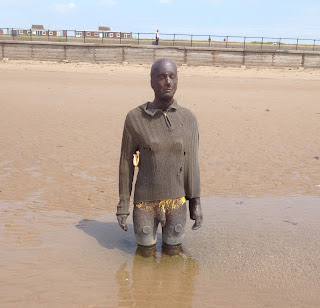 There were 100 of these figures there but it didn't look that many as they were all spaced great distances apart. We had a good walk along the promenade and the sands. 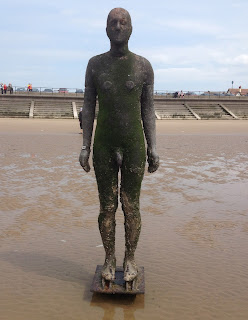 I was more impressed with this superbly designed block of flats at the entrance to the car park than I was with all the figures. 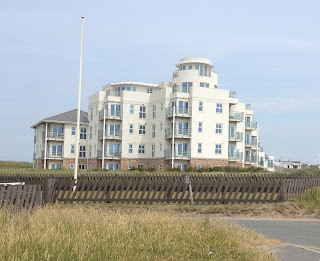 Labels: walking, what I did today