Leek soup made from leeks from the garden, a stock cube, water, onion and potato all cooked then whizzed up with a little bit of milk at the end, 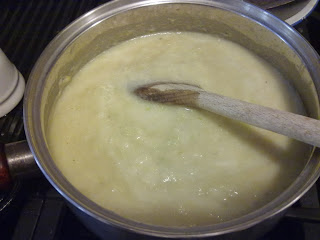 served with cheese and tomato toasties made with the stale end of a French stick and home grown tomatoes. 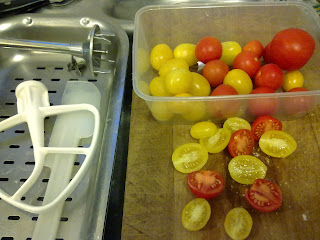 For afters - Dorset Apple Cake - 8 oz flour, butter, and brown sugar, a teaspoon of vanilla extract and some of the given windfall apples. I added a little bit of cinnamon too. It was baked for about 45 minutes at 160 degrees C in a fan oven. 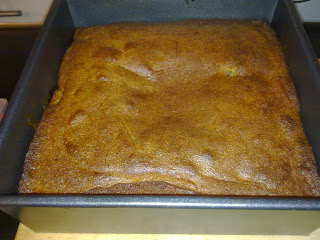 This was served with custard and received favourable comments from DH. 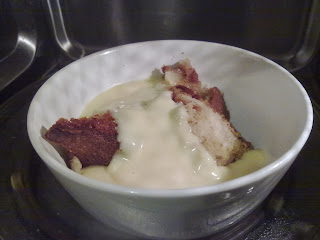