At last the weather feels fine enough for us to venture out into the garden and start a general tidy up ready for the new season's planting. Dead plants in the front garden were cleared and in the back the over-wintering leeks were dug up. Some were for soup for today and tomorrow and some I'm keeping as veg for the meals this week. 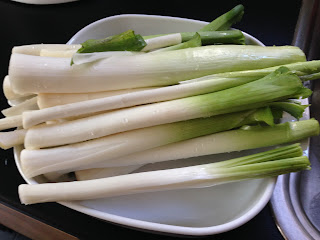 I peeled a couple of spuds to go into the soup. It was so warm outside so I used the patio table as my work bench. 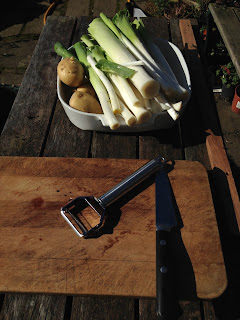 All the waste went straight into the compost. 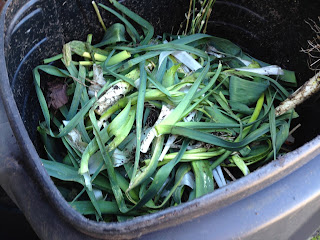 The old runner bean frame was pulled down and I'll take off the dead stems tomorrow. 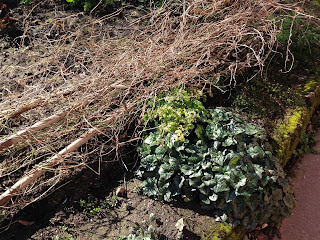 The soup was made and eaten and, as there is no pic of the soup, I'll finish with a pic of puss cat enjoying the sunshine in the greenhouse. 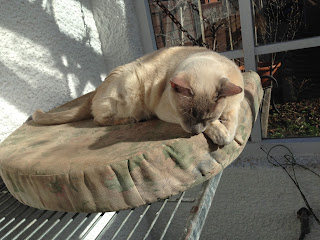