… to harvest the old mange-tout pods and leave them to dry out. I will then save the seed for next year. Some of the seed I'll take to DS whose fingers are turning 'green'. :) 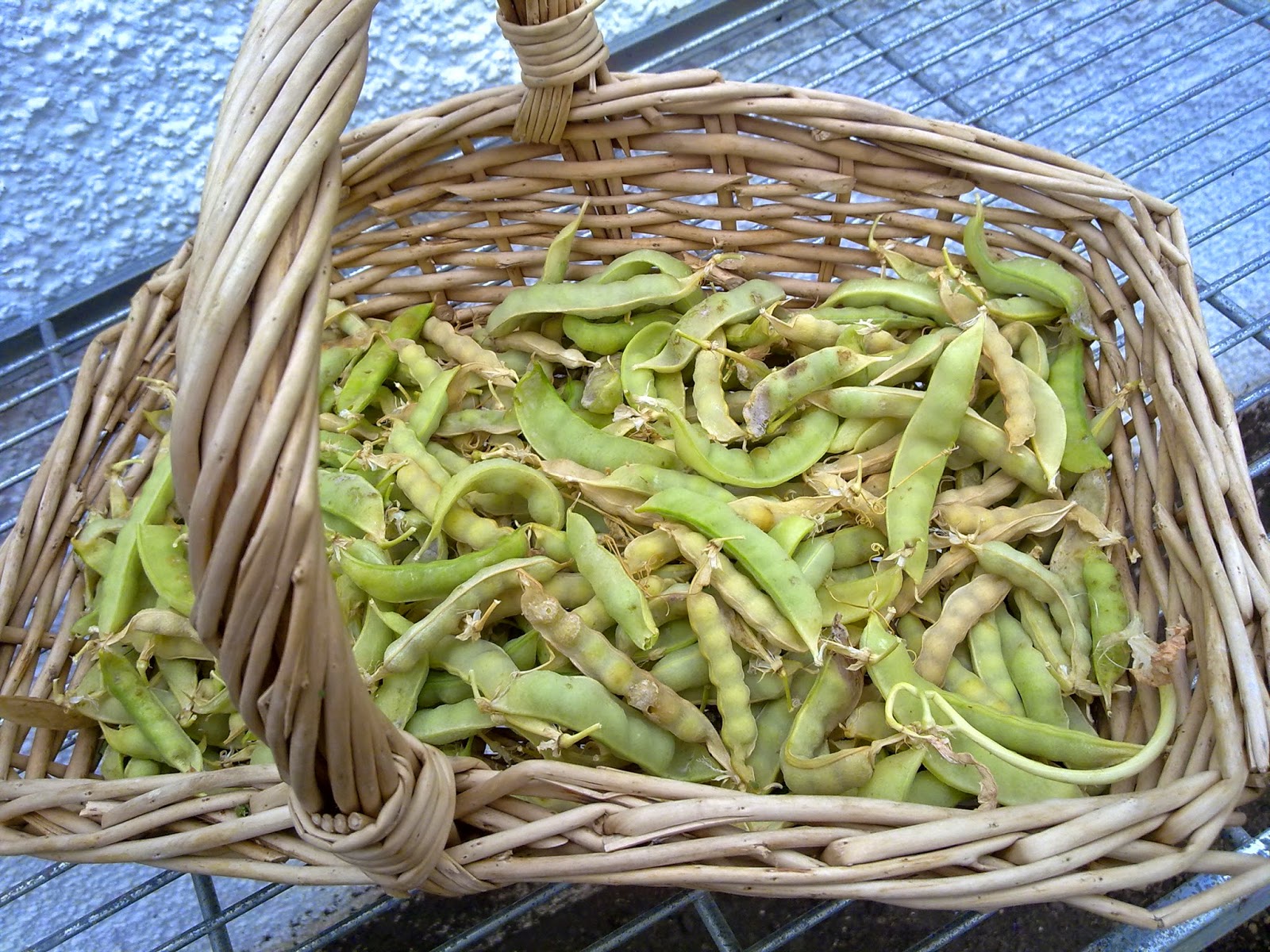 … to marvel at the blousy poppy flowers that have appeared in the veggie plot. 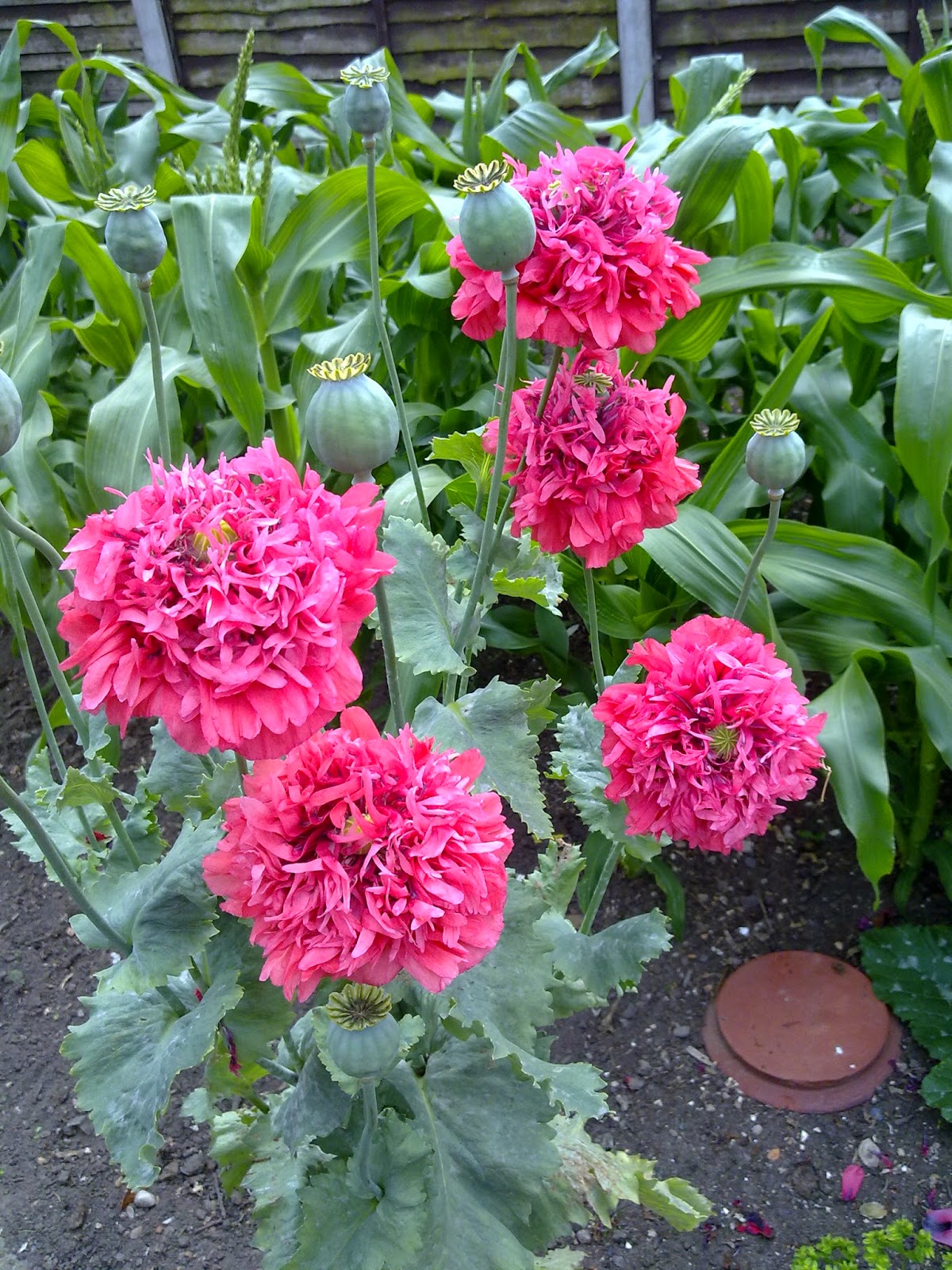 … to harvest the courgettes every day. (Note to self: Don't let them grow big - ha ha!) 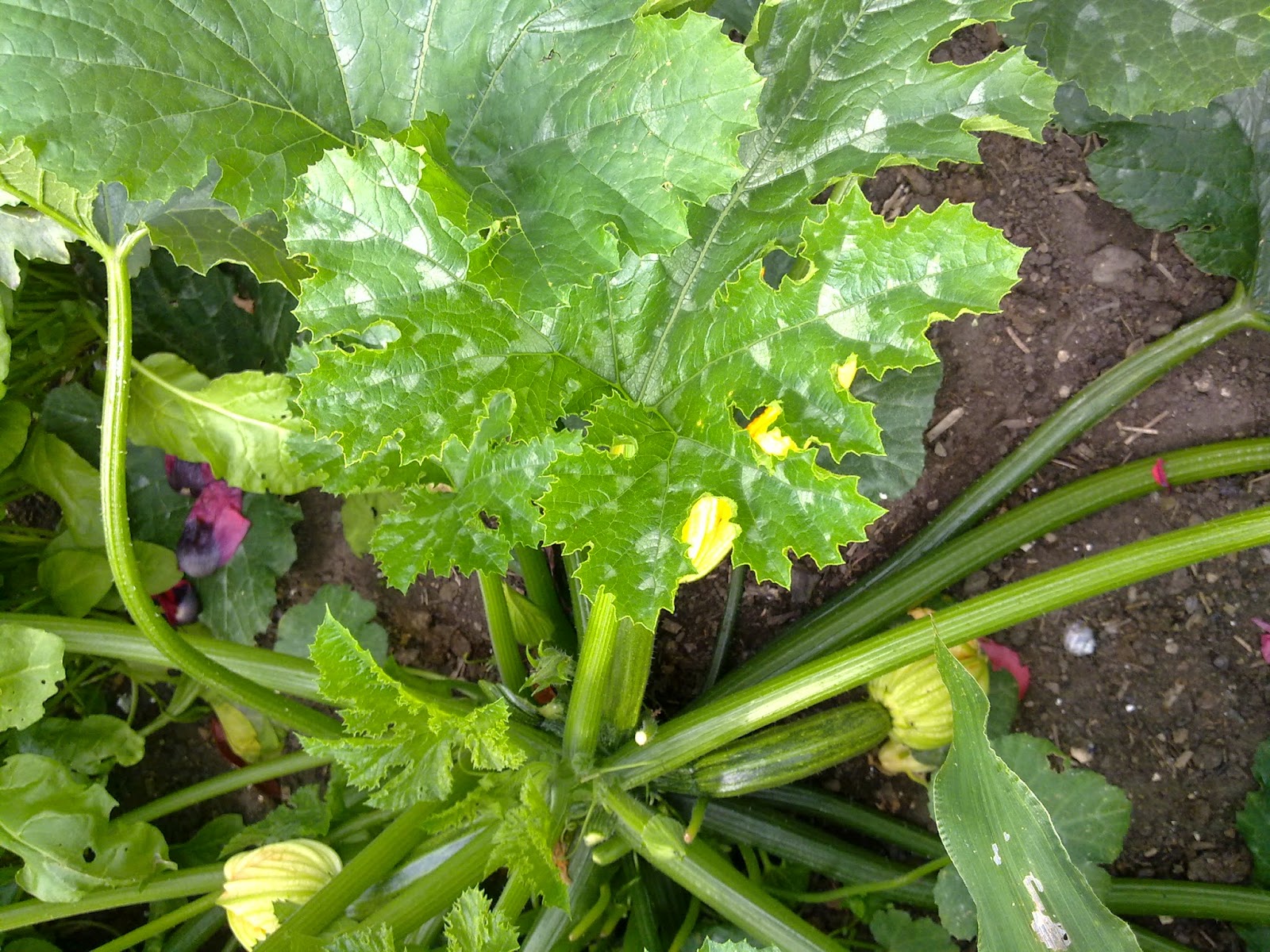 … to not dig up and dispose of the asparagus because we only had a few meals from it this year. It must have heard our mutterings and put on a spurt of growth. "Don't dig me up. I promise I'll produce more spears next year!" 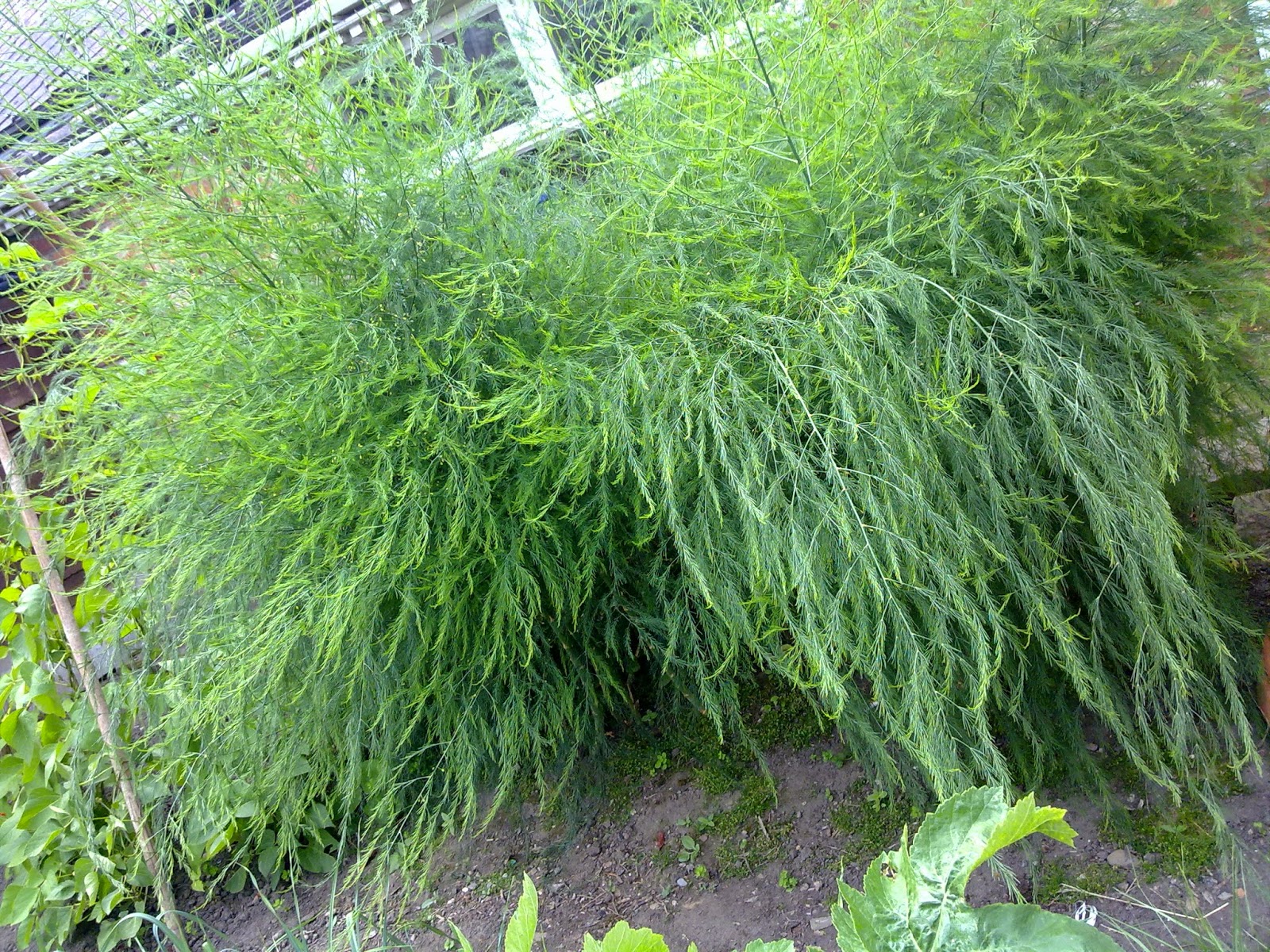 … to smile at the 15, yes 15 apples on the cordoned apple tree and hope that they don't become diseased as they did last year. 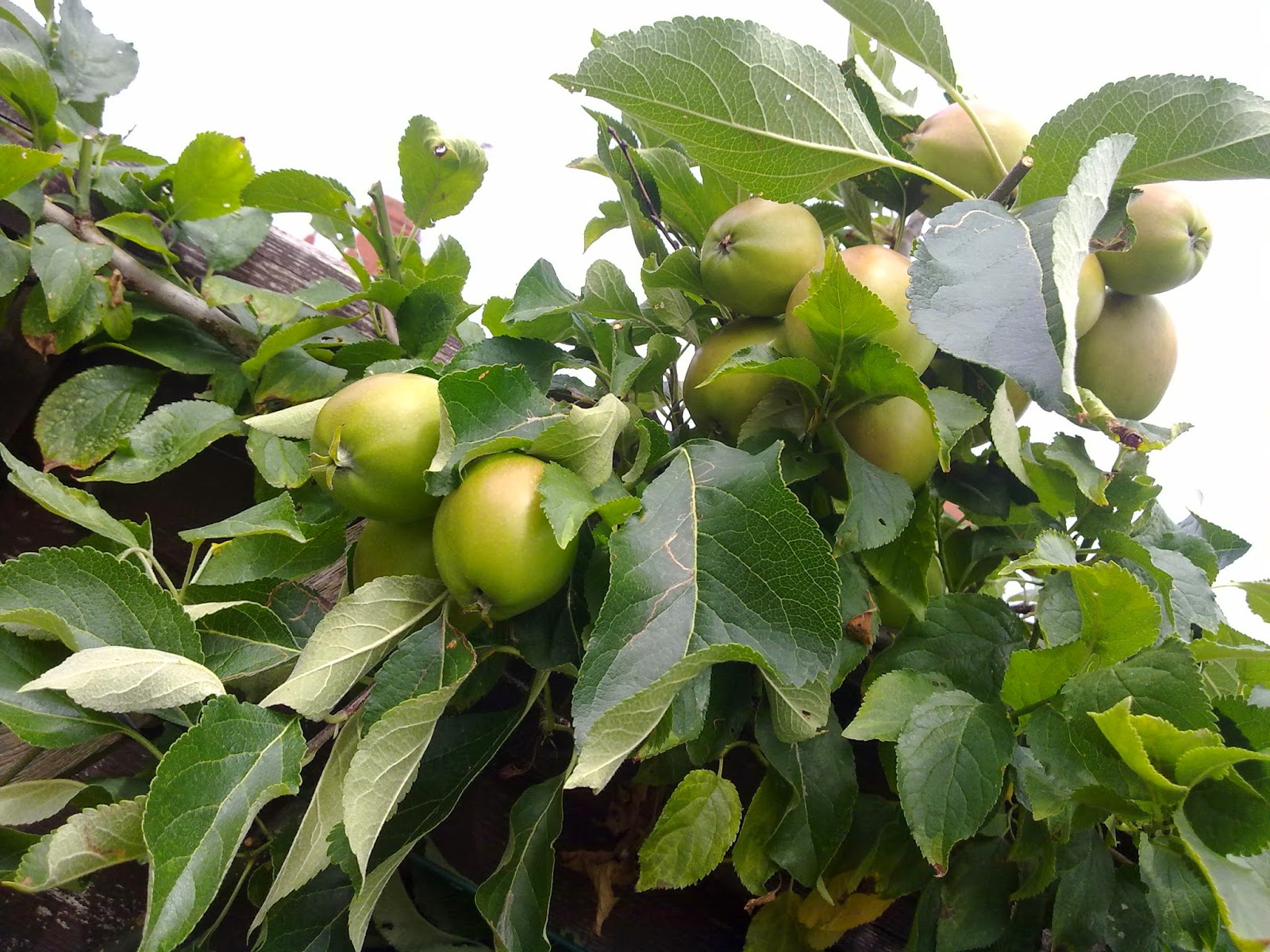 (They're looking a bit like cordons, I think. The one on the left has one, yes one, plum on it! Yeah! 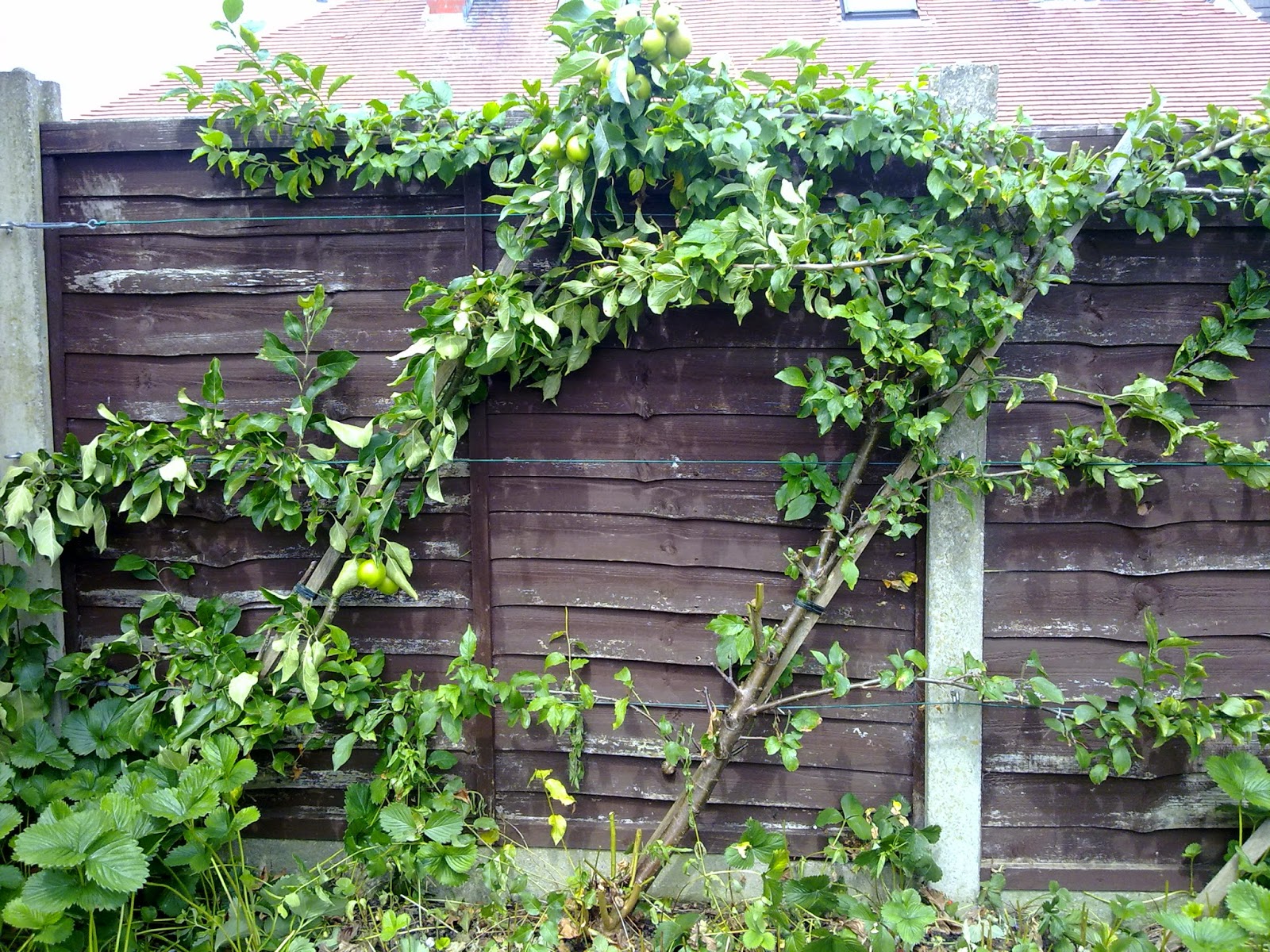 … to pick more strawberries. I whizzed some up with some soft bananas and put the resultant mush in containers in the freezer. That's a few puddings sorted out. 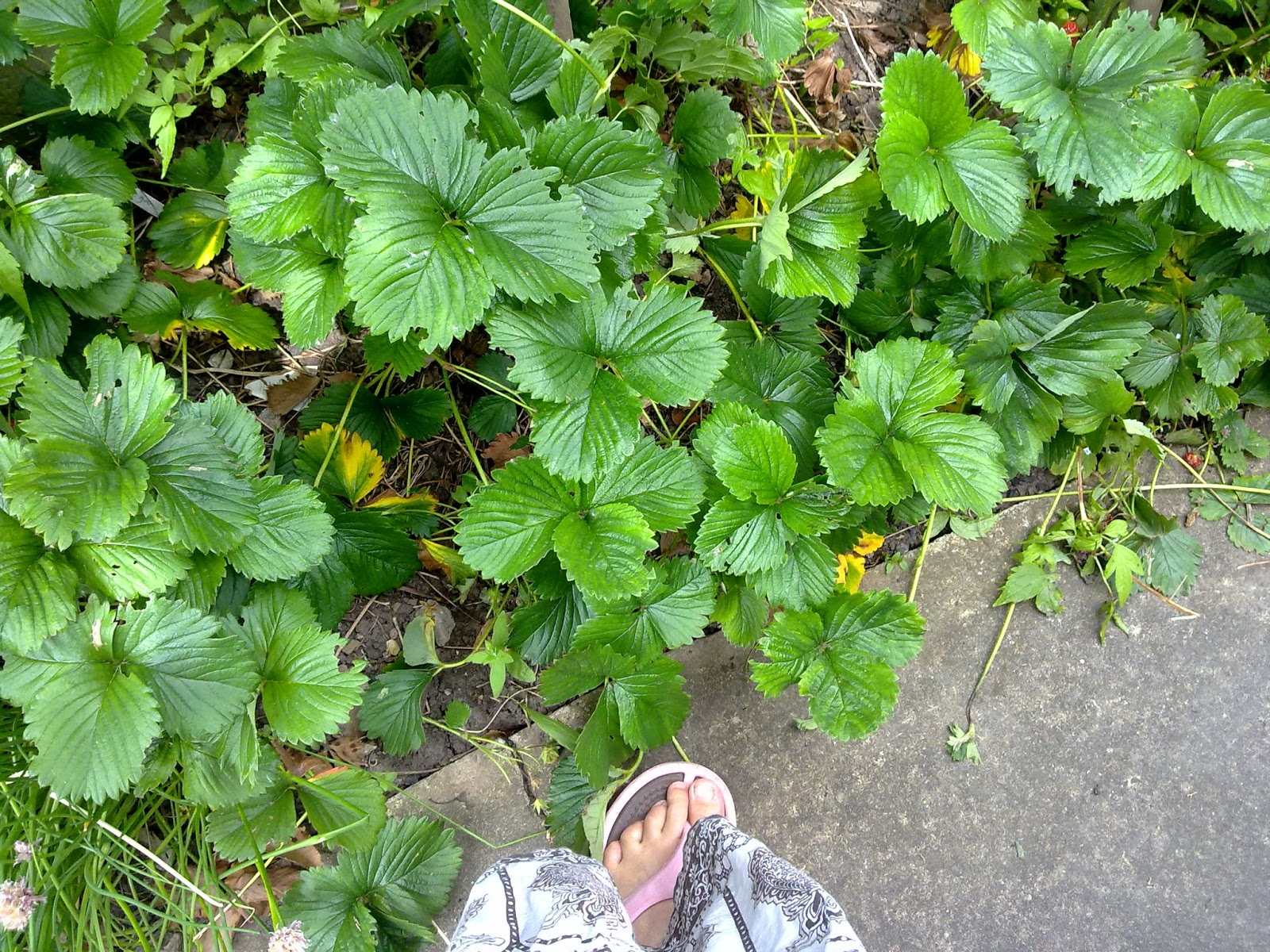 … to make more cards and celebrate two birthdays with the neighbours. 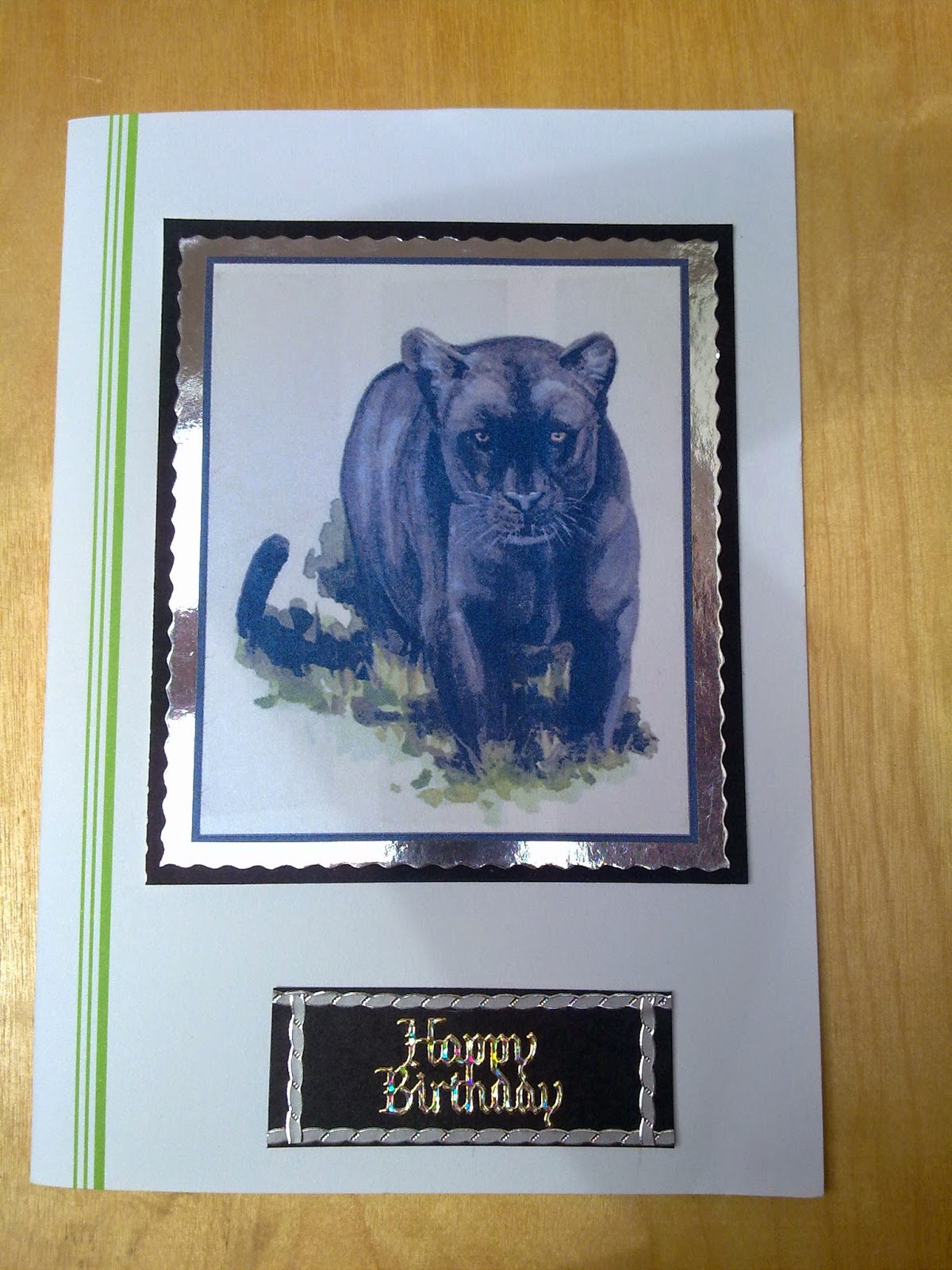 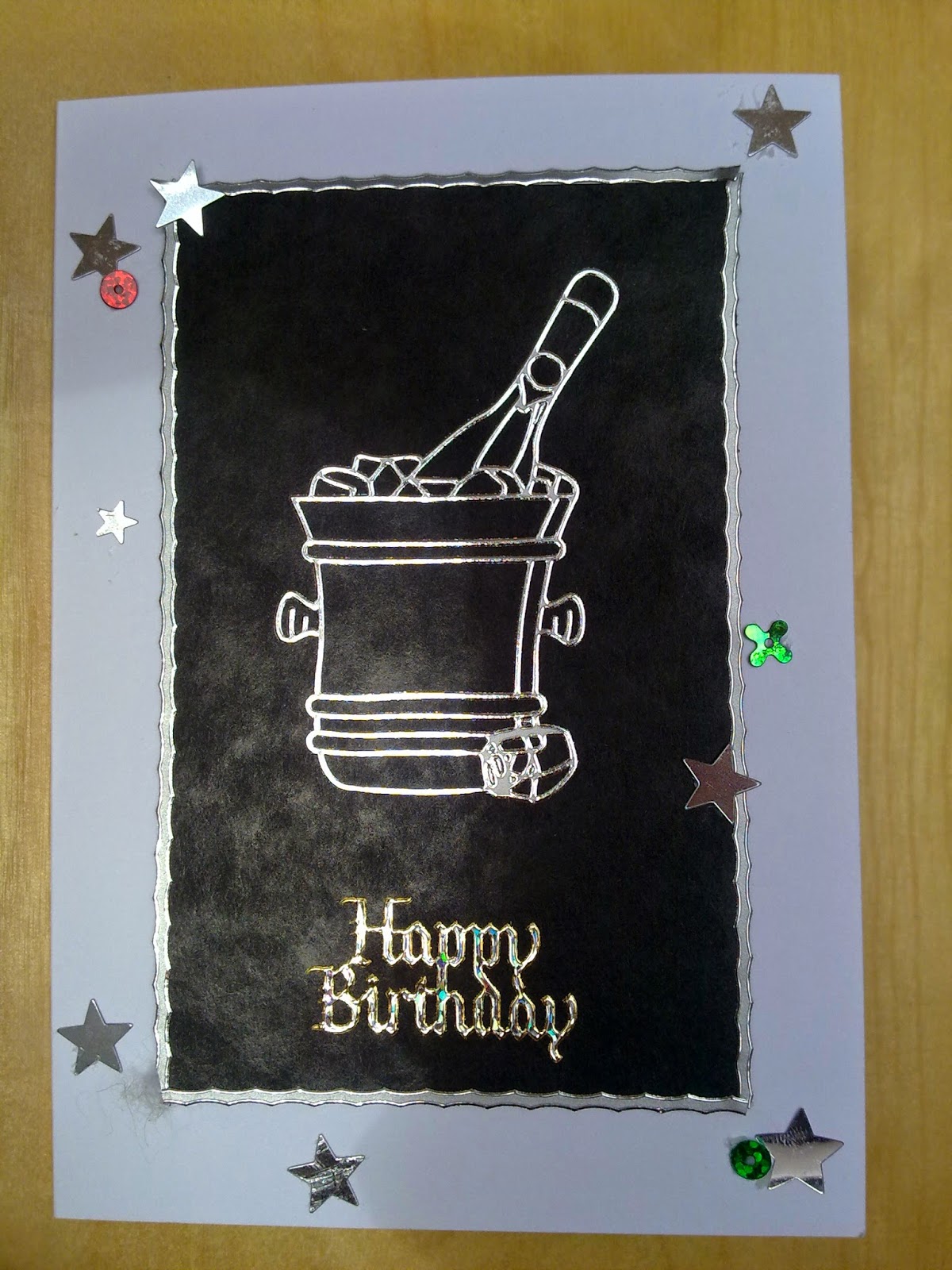 … to get ready for the party.