I chose the mushrooms that were slowly shrivelling up on the shelf to make some soup for dinner, (Thanks Ilona.) and picked some courgettes that were ready, to add to the soup. These were chopped up with part of an onion. After a sauté in butter I added some stock made with a stock cube, a spoonful of red tomato chutney, a spoonful of green tomato chutney and then blitzed everything with the blender. The result was enough soup for today and tomorrow. It tasted pretty good but looked awful.

The next for the chop was the remains of the fruit bowl plus some freshly picked strawberries. There's 'afters' sorted. 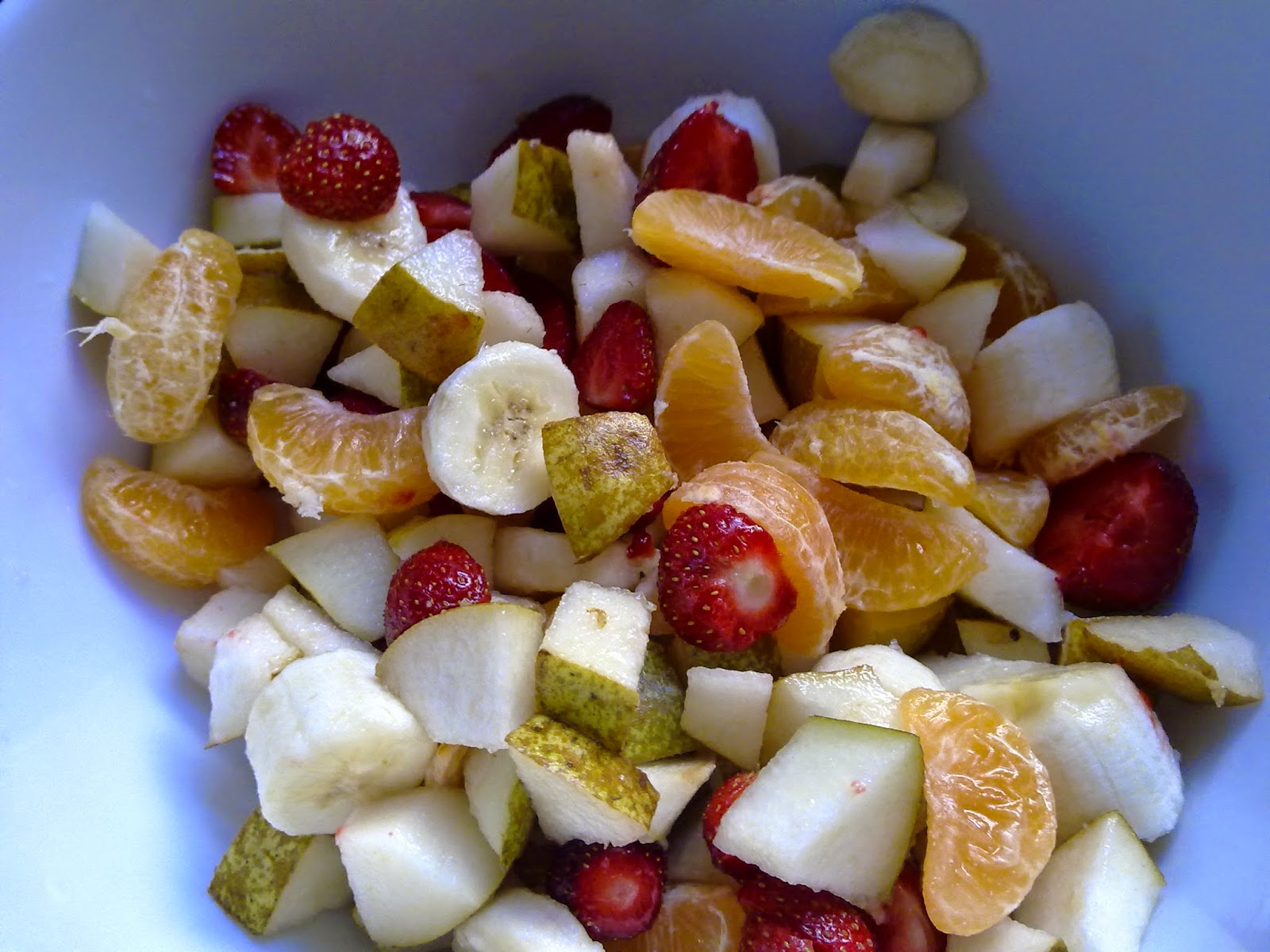 Still in a picking sort of mode I headed out to the front to pick the black currants which were weighing down the stems of the bush. What a fiddly job - picking black currants. 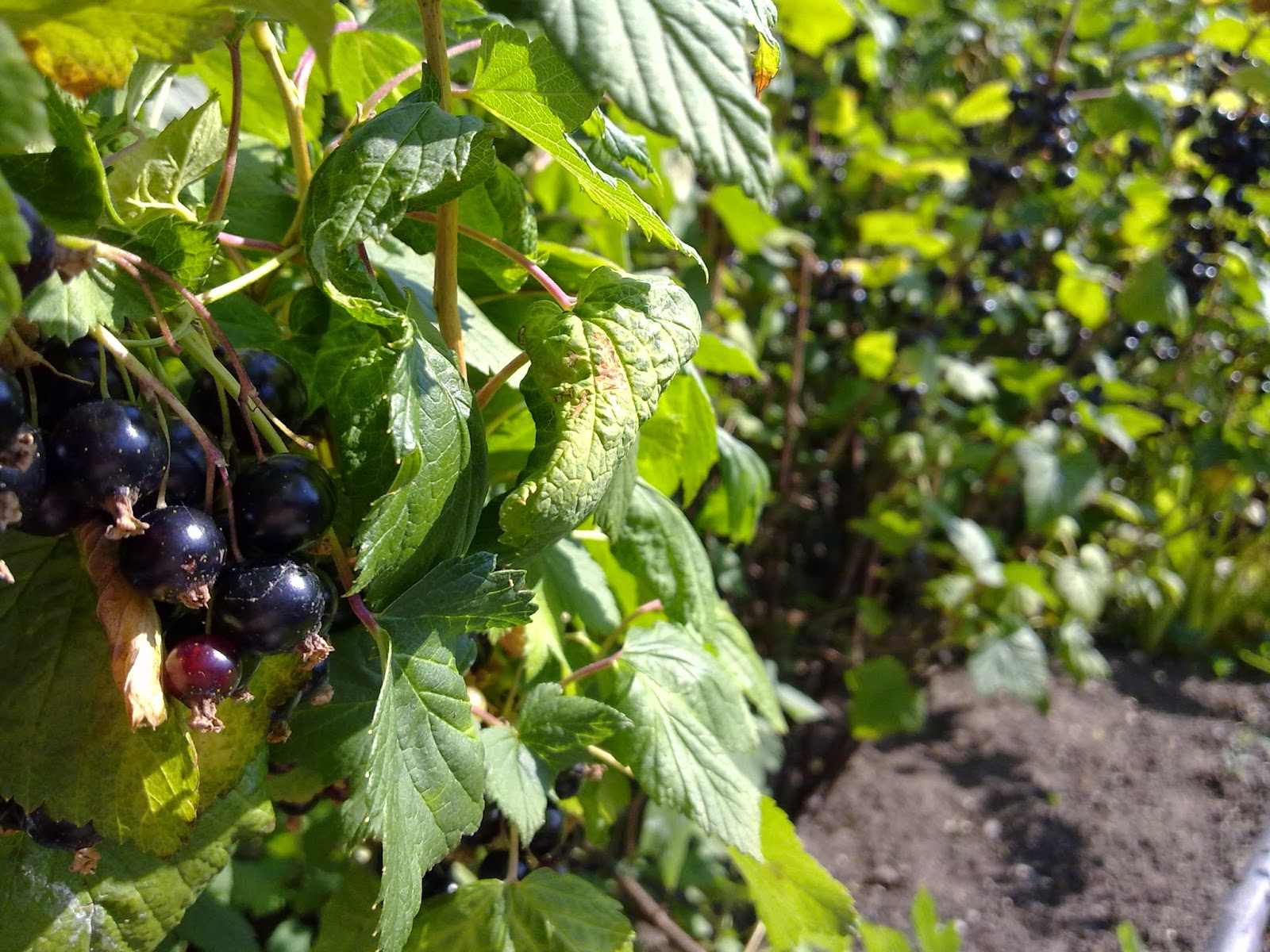 And what a fiddly job picking off the stems. I was going to put them in the freezer but used some to make small tarts. 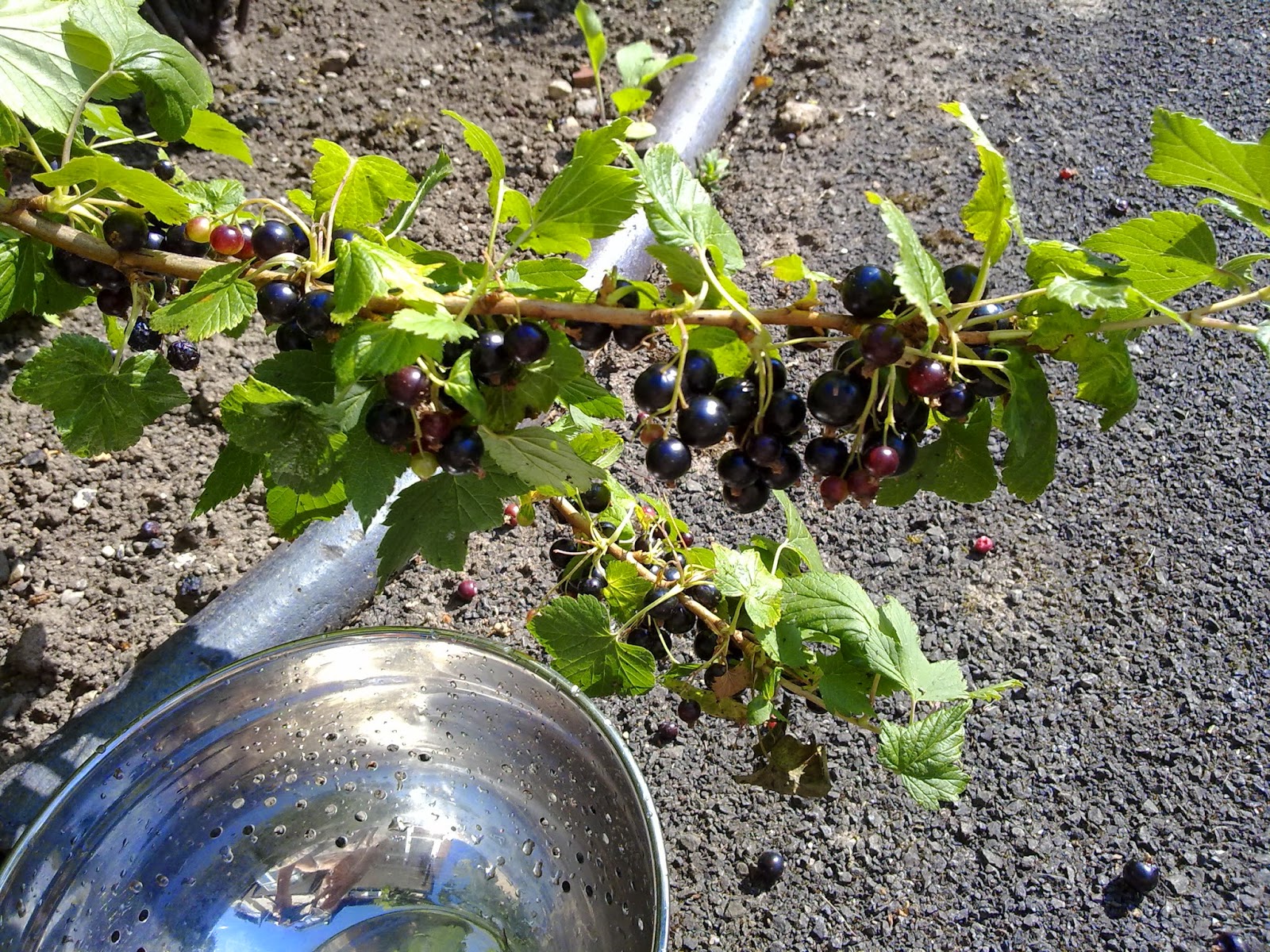 They were 'tart' as well - perhaps I should have put in a little more sugar. 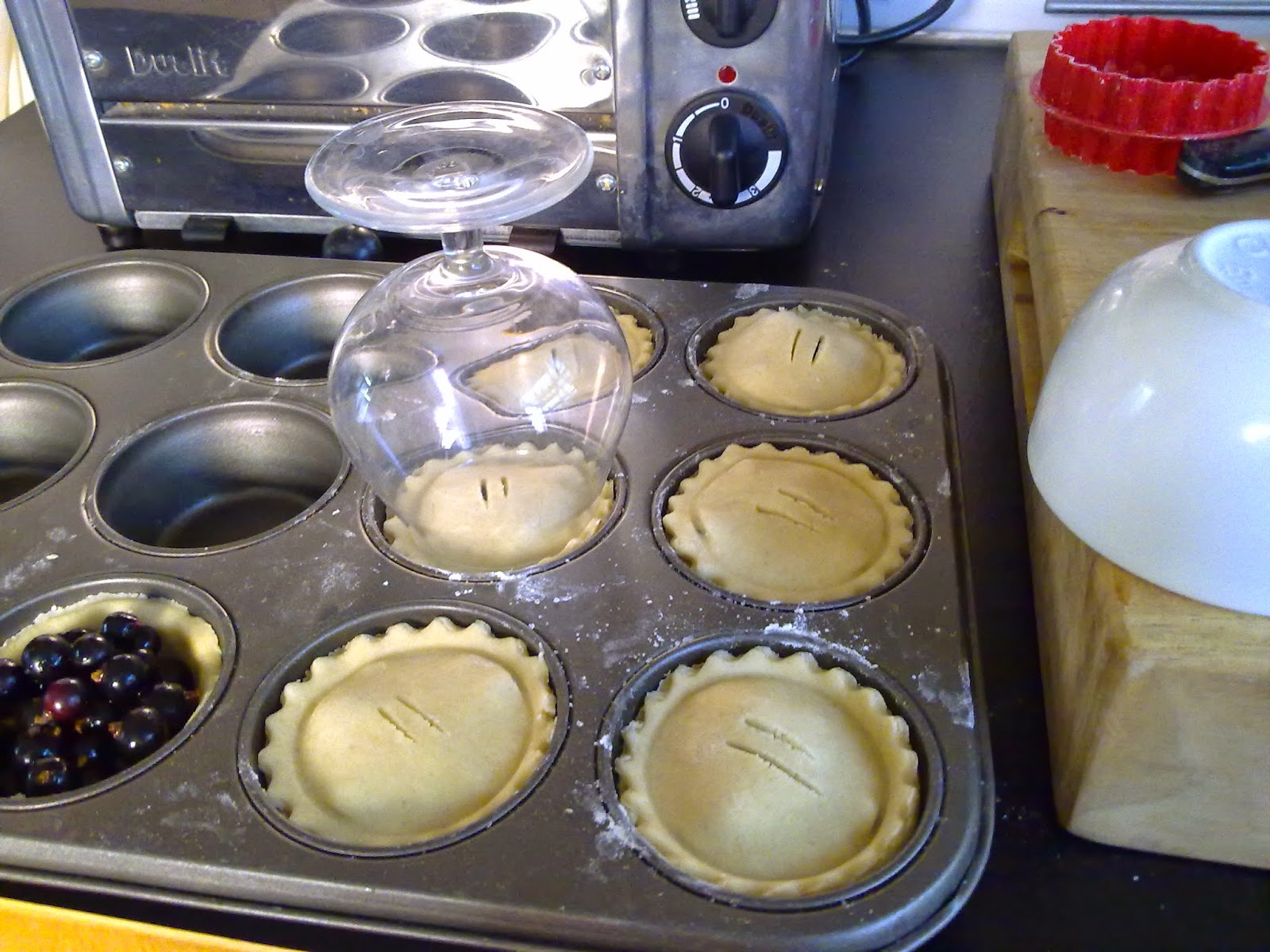 I'm for the chop now!